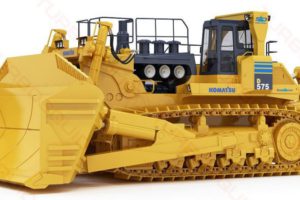 The Worlds Biggest Dozer is Here

A significant Western Australian mining operation has just taken delivery of Komatsu’s D575A-3 dozer, for an application which will primarily involve ripping work.The D575A, the largest dozer ever fabricated, was initially introduced in prototype form at Conexpo 1981 and has been released as a manufacturing Dash two version 1991, followed in 2002 by the D575A-3. […]

We use cookies to ensure that we give you the best experience on our website. If you continue to use this site, we'll assume that you're ok with this.